Sexual Assault: The War On Innocence

My colleague Christine Lund and I have just successfully completed a sexual assault jury trial in Brampton. The day after we picked the jury, Canada’s major new changes to the criminal law came into effect. Designed to reduce delay and to acknowledge “victims”, these changes have eroded the presumption of innocence, one of the most fundamental of our freedoms. 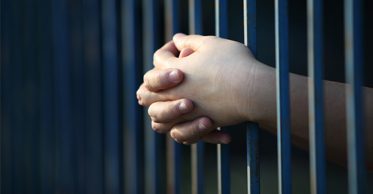 There are three ways in which the law of sexual assault has been fundamentally changed:

These changes are designed to do three things:

Unfortunately in my opinion, based on 25 years of experience as a Crown attorney and defence lawyer, these changes:

The government will never admit directly that convicting more men of sexual assault is a policy goal. But it has been strongly advocated for by activists, and whether or not it is acknowledged as a policy goal, it certainly will be a consequence of these legal changes. Because of these changes to the law, more men will be convicted of sexual assault, and some of those men, more than before, will be wrongfully convicted.

The Defence Has to Reveal Its Evidence

After Jian Ghomeshi, the former CBC broadcaster, was acquitted a few years ago, there was much debate about whether the process was fair to the complainants. When the complainants were confronted by text messages they wrote, which showed that they had lied under oath in court, pundits and activists proclaimed that the trial process was unfair. Partly as a result of that trial, text messages and other communications between the complainant in a sexual assault case and the defendant who has been accused, are no longer admissible in court. As special application needs to be brought to seek permission from the trial judge to introduce such messages; the threshold is a high one; and the complainant not only gets to see the messages well in advance to prepare her (or his)testimony, she is entitled to free legal advice as well.

Not surprisingly, when a complainant gets to see in advance texts and messages that reveal her (or him) to have lied or to have fabricated or exaggerated the allegations, that witness has a chance to plan and prepare how to respond in advance. The element of surprise and spontaneity is lost, and as a result, so is the ability to determine the truth. Because if you are telling a lie, and you are given in advance the messages that show that you are lying, you have the opportunity to figure out a way to explain away the meaning of those messages.

Nobody disputes that victims of sexual assault should be believed. But a complainant is not proven to be a victim until after a trial (or guilty plea) has concluded that a complainant was indeed sexually assaulted. Given the serious consequences that are imposed on a defendant convicted of sexual assault (jail; registration as a sex offender; loss of employment, travel and other freedoms), insisting that a claim be proved before the defendant is punished is not only fair but essential to preserve our system of freedoms. Because the simple truth is that when it comes to sexual assault, as with anything else in society, sometimes complainants lie. That is part of the human condition. And being dishonest is not just a male flaw; some women will lie about a sexual assault. By requiring that a sexual assault be proven before a defendant is punished by law, society can be confident that those who are found guilty are deserving of that punishment; and that those who claimed to be victims truly are, and deserve the recognition and support for the trauma that they have suffered. And that is not only fair to the accused; it is fair to the actual survivors of sexual abuse, whose experience is not diluted by those who make false claims.

The government has eliminated the right of a defendant charged with sexual assault to question the complainant before trial. The preliminary hearing permitted the defence to question the complainant in order to clarify evidence; determine the issues for trial; and to test the strength of the Crown’s case. In my opinion, the preliminary hearing was the most effective tool available to the defence to defend a client successfully. It resulted in issues being narrowed, thus reducing the time needed for trial; it flagged issues for both Crown and defence; and it also enabled the parties to negotiate a resolution without the need for a trial.

However, these arguments do not justify eliminating the critical freedoms that underpin the preliminary hearing; namely the presumption of innocence and the right a fair process. Preliminary hearings in sexual assault cases do not take up a lot of court time. They usually involve one witness (the complainant) and are completed in a few hours. Given how critical this hearing is to the defence of a client’s innocence, and how little court time it takes, the claim that eliminating them will save court time is spurious. If the objective is just to eliminate court backlogs at the expense of fundamental freedoms, you can free up a lot of time by getting rid of trials completely, and proceed straight to sentencing. That might seem like a silly thing to say, but when you start to eliminate freedoms and due process for bureaucratic reasons, that is a slippery slope.

The argument that having to relive the trauma of sexual assault by testifying about it is a valid one, but that is the price of ensuring that only the guilty get severely punished. That is fundamental to our system of justice and our freedoms as a society. There is simply no justification to eliminating a key component of that process because it will make that process less unpleasant for the complainant. Besides, there are several ways in which the law already protects the complainant from being taken advantage of at the preliminary hearing:

Eliminating preliminary hearings in order to limit the trauma to complainants is a policy choice by the government; a choice, whether they realize it or not, to permit more innocent people to be convicted in the name of trying to further reduce the stress on complainants of testifying in court.

Until a few days ago, a defendant in a criminal case had a right to be tried by a jury of his peers, if the charges were serious enough. He or she would be able to challenge up to 12 jurors without giving a reason (called a “peremptory challenge”), as well as to vet jurors for bias if the defendant is a visible minority. The latter challenge still exists, but the peremptory challenge has been eliminated.

Jury panels are selected randomly. Sometimes the first group of people selected are all from the same occupation, gender and/or ethnic group, and in seeking to have a balanced jury, the client wishes to eliminate a few of them in order to get access to some other members of the panel further down the list. Many criminal defendants are themselves members of a minority group and wish to have a member of that group on the jury to round out its balance. Or it might be as simple as the defendant having a particularly good or bad feeling about a potential juror (maybe having seen him or her stare at him or give him a dirty look). Having this small say in jury selection gives the defendant a sense that he has been able to participate in the selection process. Eliminating this option only serves to make the process more arbitrary and to further cause the client to feel that the process is stacked against him.

It is notable that none of these recent changes to the law are designed to benefit the defendant; to further invest him or her in the process; or to dial back the harsh “law-and-order” initiatives of the Harper years, like mandatory minimum sentences. The Trudeau government has kept those harsh laws, many of which have been found to be unconstitutional, and eroded the presumption of innocence and the right to a fair trial through the laws described above.

It is a real shame that the government is more interested in paying lip service to vocal interest groups and in seeking quick and easy solutions to complex problems like court backlogs, than in looking for meaningful enhancements to the legal process, or respecting fundamental rights like the presumption of innocence.

In our case, the jury came back with a finding of Not Guilty, and the client got his life (and his future) back. But the work we had done on his behalf at the preliminary inquiry contributed a great deal to the outcome. Without it, the margin of victory would have been much smaller. In many cases, that could mean the difference between Guilty and Not Guilty.

If you are facing criminal charges related to sexual assault, now more than ever, you need an experienced and skilled lawyer to defend you. Contact us for a free consultation at 877-295-2830.