Is #MeToo Having an Impact?

Has the #MeToo movement made a difference in how sexual offences are handled?

Yes. Definitely. The #MeToo movement reflects a broad shift in society towards zero tolerance for sexual harassment and sexual assault. This is a healthy development in a society where, for too long, victims of sexual assault have been ignored, disbelieved or marginalized.

On the other hand, as with many other attempts to accelerate the pace of social change, initiatives to correct past injustices can sometimes create problems of their own. In Canada, the government has taken action at every level to implement and accelerate changes to how sexual assault is perceived, reported, investigated, prosecuted and sentenced. Often, these changes are imposed in haste, with little consultation or follow-up to assess their effectiveness. And once a new law, policy or practice is in place, it becomes very difficult to modify. Anyone who dares to criticize or find fault with an initiative designed to address sexual assault (or domestic violence for that matter) is quickly labelled as a dinosaur or a relic of the past who needs to be cancelled.

Make no mistake, the people and agencies behind these changes always have the best of intentions. No one sets out to convict the innocent or destroy lives deliberately. And in the majority of cases, these laws and policies do what they are intended to do: prevent abuses, protect victims, and ensure that justice is applied fairly. But the troubling cases are never the majority of cases, they are the exceptions, and the question becomes: are we willing, for the sake of “zero tolerance”, to accept that a few innocent people may go to jail and be banished from society?

How has #MeToo changed the way that sexual assault cases are managed?

As society has become more aware of the problem of sexual abuse, initiatives to address it have occurred at every level. In the workplace, zero tolerance policies govern how employees treat each other, for example.

In the criminal law context, the following changes have altered the landscape of how these cases are handled: 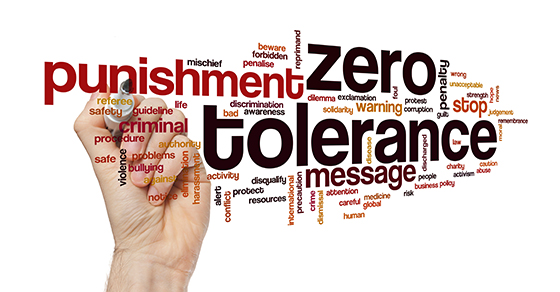 The problem, as with all “one-size-fits-all” approaches, is that not every case is the same. Not every single complaint of sexual assault is true. Not every person accused of a sexual offence is guilty. It is almost certainly true that the vast majority of complainants who claim to be victims of sexual assault are telling the truth. But miscarriages of justice happen don’t happen in the majority of cases: they occur in situations where the facts are less clear; where there are grey areas, misunderstandings, miscommunication, intoxication, and all of the messiness of human interaction. The number and variety of such scenarios is endless, and trying to pigeonhole them with a “one-size-fits-all” approach may work in most cases. But that is small consolation if you are one of the growing minority of people languishing in prison, unemployable potentially for life for a crime that you did not commit. The government and society might be willing to sacrifice you for the cause, or for the memory of those who were denied justice in the past. But ignoring the darker side of “zero tolerance” does not make it go away.

When it comes to sexual assault, the justice system, with all of its imperfections and bureaucracy and assumptions, is brought in after the fact to try to make sense of an event for which there are often only two people on earth who actually know what really happened, and even then they are often themselves trying to piece it together. In such a situation, making sure to draw the correct conclusions can be tricky at best. That is a major reason why historically there have been fewer convictions in cases which centre on the credibility of one or two individuals.

It used to be a tenet of the justice system that it was better to let ten guilty people go free than to convict an innocent person. Yes, stereotypes and myths and ignorance have played their part in letting some perpetrators “get away with it”. But nowadays, the prevailing approach seems to be that if any perpetrator escapes conviction, that is a failure of justice that must be remedied, and if, in that quest, a few innocent men go to jail, well then, they are simply collateral damage, casualties in a greater war.

This is not to say that anyone wants to convict the innocent- far from it. But no one is particularly interested in hearing about it when it happens. It is much easier to focus on the mostly positive developments that these changes have brought about, than to examine, question or criticize cases where the “one-size-fits-all” approach has failed, and destroyed someone’s life and reputation. Like driving by an accident scene at the side of the road, it’s easier to look away and drive on.

How can I protect myself against a wrongful conviction?

Aside from being careful about how and with whom you become intimate, and ensuring that you seek consent at every stage of a sexual encounter, if you end up being charged with a criminal offence, you will need a criminal defence lawyer with the knowledge and experience to help you navigate these dangerous waters. It will not be quick and it will not be cheap, but it will be a lot cheaper, quicker, and less stressful than living with a criminal record and a lifetime listing on the federal sex offender registry.

Arun S. Maini is a criminal lawyer and former prosecutor with over 25 years of experience