If you are charged with sexual assault, you now face a greater chance of being found guilty than ever before.

The rise of the #MeToo movement; the greater public awareness of how sexual harassment and sexual assaults happen, and greater reporting on the statistics surrounding sexual assault, its investigation, prosecution and conviction rates, have all contributed to the introduction of new laws and policies designed to address the scourge of sexual violence, and to ensure that more people are found guilty.

While seeking justice for victims of sexual assault is of vital importance, so is protecting the fundamental rights of every individual to the presumption of innocence and the right to a fair trial. The problem with some of the new initiatives is that in the headlong rush to express support for victims of sexual assault, the government has created a greater risk of wrongful convictions.

“Zero tolerance” is a compelling and effective hashtag for social justice advocates and politicians. No one would ever suggest that sexual violence is acceptable; no one disagrees with the need to reduce its incidence. But there are no foolproof solutions that will quickly and effectively eliminate this form of violence, which has existed since the dawn of human history.

The problem with quick solutions designed to satisfy political promises is that they often lead to unintended consequences. For example, in a knee-jerk reaction to a recent murder case in Saskatchewan where an all-white jury was picked to decide a case involving an aboriginal victim, the government raced to eliminate the right of the Crown and defence to challenge prospective jurors. The excuse was that it would prevent the defence from eliminating native jurors from the panel. The real-life consequence is that it prevents the defence from ensuring that native defendants, or black defendants (or defendants from any other minority group) can have someone from their own racialized community to serve on the jury.

In this blog, we will deal with the first example. The others will be explained in our next instalments.

Policies that Limit Police and Prosecutors 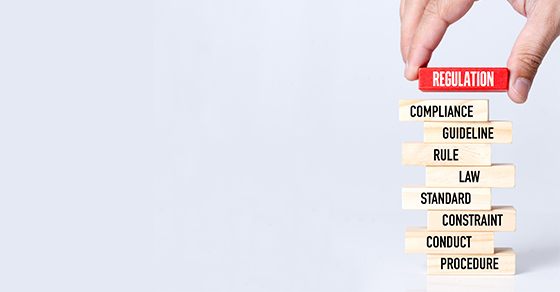 This approach has two consequences: it discourages the police from conducting a thorough investigation; and it makes it easier for dishonest people to make false complaints.

If every sexual assault complaint has to be considered true, then it eliminates the need for the police to ask any questions designed to test the truth of the allegations. We have seen this result for years in domestic assault cases as well: when almost every complaint leads to a charge, the police switch from being investigators to being process servers: they merely take the statement of the complainant, and go arrest the defendant.

While it is rare for a complainant to fabricate an allegation of sexual assault, it does happen. Human beings are complicated, and are not all the same. Some people lie; it’s human nature. Removing the ability of investigators to weed out the small proportion of allegations that are false merely makes it easier for someone with ill intentions to successfully charge someone with sexual assault.

Prosecutors are similarly constrained. Their policies also assume that the complainant is always telling the truth, and that therefore every case should result in a conviction. Prosecutors no longer have the discretion they once had, and which they continue to have in most other types of cases, to use their experience and knowledge to determine whether a case has a “reasonable prospect of conviction”. That standard is a low threshold, easily met, but in cases where the evidence may not meet that standard, the Crown attorneys assigned to the case, who best know its strengths and weaknesses, no longer have the authority to negotiate anything other than a full conviction. If they feel that the case is weak, they must seek the permission of a more senior deputy or director of the office to negotiate a withdrawal or a plea to a lesser charge. Those managers, not surprisingly, tend to support the party line and insist the matter proceed to trial.

Rather than acting as an experienced, objective filter to ensure that cases are investigated with diligence and attention to detail, the effect of these policies is to let someone else (usually swamped trial courts) make all the decisions.

It is an everyday occurrence in this province that cases which Crown attorneys know they are likely to lose are forced onto busy trial lists. The result is that the Crown will choose to lose a case at trial rather than to accept a guilty plea to a lesser charge. And taking a zero-tolerance approach to cases, and forcing them to go to trial, creates greater backlogs in the courts. Cases that are likely to be dismissed are given the same level of attention and resources as those with a greater prospect of conviction.

Justice delayed is often justice denied, whether for defendants or victims.