What is a Weapon?

Can a pillow be a weapon? A dirty diaper? A stuffed taco? We have seen all of these everyday items charged by police as being weapons used in an assault. What about a regular household screw? 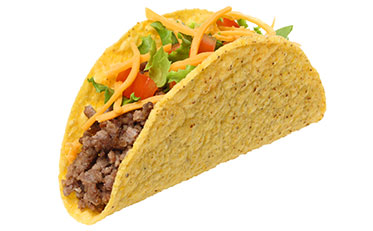 In February 2018, convicted serial killer Paul Bernardo was charged with possessing a weapon for the purposes of a dangerous purpose. Bernardo, formally convicted of the kidnappings, tortures, and subsequent killings of two teenage girls, was serving a sentence at security Millhaven Institution, when a homemade shank was found in his cell.

The shank was a five-centimeter screw attached to a ballpoint pen. But was it a weapon? Weapons are traditionally conceived of as knives or firearms. Contrary to what is popularly believed, a weapon can mean anything used, designed or intended for use to either cause death or injury to another person, or to be used for the purposes of threatening of intimidating a person.

Section 88(1) of the Criminal Code of Canadacodifies the offence of possessing a weapon for a dangerous purpose:

Every person commits an offence who carries or possesses a weapon, an imitation of a weapon, a prohibited device or any ammunition or prohibited ammunition for a purpose dangerous to the public peace or for the purpose of committing an offense.

In the case of R. v. Cassidy, the Court concluded that a weapon could include any of the following:

A more recent case, R. v. D. A. C. further explored what constitutes an object as a weapon. The Court asked:

According to this, any of the aforementioned questions is answered in the affirmative, the Crown will be able to prove that the object was a weapon.

Bernardo’s weapon charge was eventually withdrawn in October 2018. The weapon could not be proven to be the property of the serial rapist. Bernardo denied having knowledge that the homemade shank was in his cell, and argued that the weapon could have been placed in his cell by any other inmate.

Bernardo, who is serving his life sentence segregated from the general prison population, was also denied parole in October 2018.