What is a Rape Shield Law?

A rape shield law doesn’t stop rape (or sexual assault, the more correct legal term), but rather is designed to screen questions that the defence can ask in a sexual assault trial. 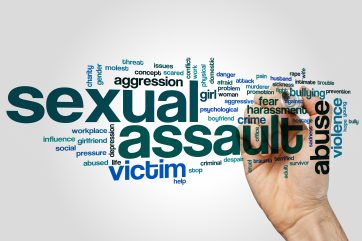 Why are Rape Shield Laws Necessary?

There are three reasons for a rape shield law:

How Do Rape Shield Laws Work?

Parliament has enacted laws that require the trial judge to screen questioning by the defence that would fall in to one of the three categories listed above: privacy; myths; and irrelevance.

The law prohibits the defence from introducing evidence (through questions or exhibits) that would support what are called the “twin myths” about sexual assault; that invade a complainant’s privacy, or that are irrelevant. So a judge has to “screen” the questioning, either in advance or during the questioning itself, to filter out improper inquiries.

A judge always has the discretion to prevent the defence from asking questions that are irrelevant. The purpose for this is to keep the trial focused on the issues to be decided, because court time is precious. A day of trial time in court totals about 5.5 hours, once the staff breaks are taken into account. And cross-examination of a complainant can easily take longer than anticipated if left unchecked. This is especially so in sexual assault or domestic assault cases, where the adverse parties have been in a relationship, and may wish to re-visit old grievances in the courtroom.

If a judge feels that the defence is engaging in questioning that is overly lengthy in areas that are not relevant to the issues to be decided in the trial, s/he will stop the lawyer and ask for justification. For example, the claim that a complainant once cheated on her taxes would likely be seen to be irrelevant to whether she is truthful in her accusation of sexual assault.

Similarly, if a lawyer is going on and on about questions that have already been addressed, the judge will caution the lawyer to move on.

A sexual assault trial by its very nature must delve into intimate and private behaviour between people. It is often embarrassing, traumatic, and humiliating for the complainant to talk about, especially in a public courtroom in front of an audience, and in front of the person who allegedly attacked her.

Rape shield laws are designed to limit the invasions of a complainant’s privacy wherever possible, by keeping the evidence focused on the issues and “shielding” her from unnecessary intrusions into her personal life.

The way that this works in a sexual assault trial is that the defence is prevented from introducing into evidence materials which she expected to remain private, such as therapy notes, medical records, and diaries. Before such documents can be used in evidence by the defence, the defence must seek the permission of the court to use such “third party records” that are not already in possession of the Crown.

This screening function by the judge takes place in a special hearing, usually before the trial. Materials have to be filed by the Crown and defence in advance of the hearing, including sworn affidavits, legal argument and cases.

The judge then decides what evidence can be introduced by the defence and what evidence is filtered out. It is a balancing of interests, between the right of the defendant to challenge the case against him, versus the right of the complainant to limit the intrusion on her privacy as much as possible. These are often difficult decisions for judges to make, and can have a significant impact on how a trial judge or jury views the testimony of the complainant.

Recently, the government, in response to the sexual assault trial of former CBC broadcaster Jian Ghomeshi, expanded the list of evidence that must be subject to screening by the trial judge. Now, even evidence that is in the possession of the defendant, such as text messages or letters, must be disclosed by the defence and subjected to this screening function.

This recent expansion of the law is troubling, because it requires the defence to show its evidence to the Crown in advance. In addition, the law goes further to require that the evidence also be disclosed to the complainant, who is now given a say in the hearing. This is a fundamental erosion of the right of a defendant to remain silent and to confront the complainant at trial with evidence in his possession. It gives the Crown and the complainant an opportunity to prepare and to seek to neutralize what might otherwise be compelling evidence. Keeping your evidence secret is one of the few ways in which the defence can level the playing field against the state, which has far more resources to litigate the case. Requiring the defendant to disclose evidence in advance is another illustration of how the legal “pendulum” has swung in favour of the state and complainants, and against defendants and the presumption of innocence.

The rape shield laws also seek to eliminate false stereotypes about complainants from the decisions to be made by the trial judge or jury. There are two “myths” in particular that are specifically flagged in the Criminal Code as being prohibited from use in a criminal trial are:

Because these myths can lead to impermissible decision-making by judges or juries, the defence is specifically prohibited from asking the complainant about any sexual activity she has engaged in, whether with the defendant or anyone else, unless it is the sexual activity with which the defendant has been charged or unless the judge permits it. The screening function for this sort of “prior sexual activity” is known as a “s.276 application”, which is the Criminal Code section that addresses it.

The threshold for being permitted to ask about prior sexual activity is a very difficult one for the defence to cross, and each year it gets a bit harder to challenge, because the list of what might be considered to be a myth or stereotype keeps growing.

Social science studies have shown that victims of sexual assault do not always behave the way that one might expect. For example, the fact that a complainant did not fight back or scream while being assaulted, or did not report the assault immediately after, can be due to several factors, such as trauma response, embarrassment or fear, that do not undermine the credibility of the complaint. If a complainant wore revealing clothing or was drunk, her claim of sexual assault should not be seen to be any less valid simply because of her clothing or her behaviour.

These questions can easily complicate the issues for the trial judge or jury, because what for some might seem like common sense (if he raped her, why did she ask for a ride home after, for example), might to someone else be a sign that a victim was in shock and not thinking straight.

Striking a balance between letting the judge or jury decide the case on all the evidence, based on knowledge, human experience and common sense; and limiting what evidence can be considered, is a contentious, challenging, and ever-evolving area of law that changes as our society changes. Let the defence go too far, and the process can further traumatize the complainant and perpetuate unfair stereotypes. Or severely limit the evidence that a jury can hear, and the defendant might get a distorted picture of the relationship leading to a wrongful conviction.

One thing that is clear: if you are faced with these issues, you need the advice of a knowledgeable and experienced lawyer to advise you.