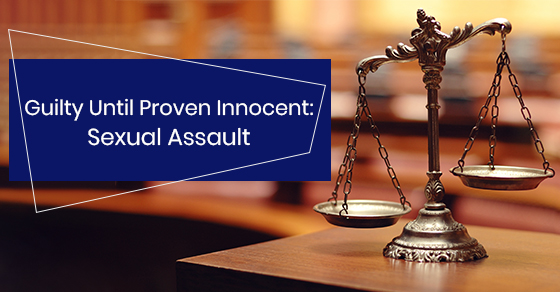 The result will be that more men will be convicted of sexual assault. There will also be more wrongful convictions.

Why Is The Government Doing This?

Some of the stated reasons for these laws, and the ways that the courts are interpreting them, are well-intentioned: to make it less stressful for complainants; to reduce court delays; to try to eliminate myths and stereotypes about sexual assault from decision-making. But one of the reasons that is less often stated is that the government wants more men to be convicted of sexual assault, and these laws and interpretations will make it easier.

There are three key moments in our recent history that have galvanised the government into passing these laws. The first is the acquittal of former CBC host Jian Ghomeshi. Activists decried his acquittal because they felt that he should have been convicted, even though the complainants colluded with each other and lied under oath in court. The second was an investigation by The Globe and Mail newspaper showing that the police historically had chosen not to lay charges in many instances where sexual assault had been alleged. The third was that we have a prime minister who proclaims himself a feminist, and these laws are in part designed to address some of their concerns.

What Are These Changes?

The reality is that the views and attitudes of the public and of the justice system participants has evolved in recent decades towards a better understanding of the reality faced by victims of sexual assault. Laws and policies and education requirements were changed to put that enhanced understanding into practice. But what has happened recently, with laws that were passed reflexively to meet political ends, or in an attempt to address a complex problem like court delay with a simplistic solution, is that the pendulum has swung too far. By seeking to accommodate all interests, the justice system in sexual assault cases is losing sight of the fact that a trial is about the guilt or innocence of the accused, not a restorative justice exercise among diverse stakeholders. And in eroding the presumption of innocence, the government is placing political expediency ahead of fundamental rights. And in the long run, I predict that it will not only result in the destruction of more innocent lives; it will contribute to the erosion of the public’s confidence in the administration of justice.

If you are facing criminal charges related to sexual assault, now more than ever, you need an experienced and skilled lawyer to defend you. Call The Defence Group for a free consultation at 877-295-2830.
Arun S. Maini is a criminal lawyer and former prosecutor with over 20 years of experience.