Do I Have a Right to a Speedy Trial?

Justice delayed is justice denied. These words resonated recently with a Hamilton Superior Court judge when he decided to terminate the prosecution of domestic violence charges against three people. Justice Andrew Goodman delivered his decision earlier this year following an application by defence counsel for the three accused – Adeel Safdar, his younger brother Aatif Safdar, and their mother, Shaheen Safdar. In a 64-page verdict, Justice Goodman determined that the rights of all three accused to a trial within a reasonable time had been violated based on the new guidelines set in the 2016 Supreme Court of Canada decision of R v Jordan, overhauling the law in this area. 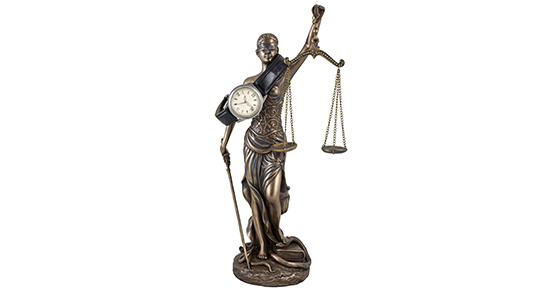 Do I Have the Right to a Speedy Trial?

Yes and No- it depends what you mean by “speedy”. A more accurate description of the right is the right to be tried “within a reasonable time”.

So What is The Right to a Trial Within a Reasonable Time?

Section 11(b) of the Canadian Charter of Rights and Freedoms guarantees the right of any person charged with an offence to be tried within a reasonable amount of time. This right protects:

There are also secondary interests at play as well. Society has an interest in ensuring that people accused of crimes are brought before the court to answer to the charges, yet also to ensure that they are treated fairly and humanely. In essence, timely trials ensure that the public maintains confidence in the administration of justice.

11(b) also acknowledges that both the accused and alleged victims suffer by long and drawn-out proceedings. For those who are accused, living in legal limbo is stressful. Anxiety grows as a criminal proceeding looms. And for those who are victims of crime, closure and finality is denied by trials that seemingly never end.

The Jordan framework, named after a defendant whose right was violated, is concerned with the time it takes from the laying of a charge to the conclusion of a trial. This means that from the moment an accused is charged with a criminal offence, the Jordan “clock” begins ticking away.

Under the Jordan framework, the Supreme Court set downtime limits for determining whether delay was unreasonable. Those time limits are: 30 months for trials in theSuperior Court, and 18 months for trials that begin in the lower courts. Any delay (excluding delay which the defence is responsible for) exceeding these numerical ceilings is presumptively unreasonable. Crowns have the right to rebut this presumption in a few exceptional circumstances.

If the accused believes that the delay is still unreasonable, despite the period of delay falling below the presumptive ceiling, arguments can be made that the delay was still unreasonable, even though it did not breach the time limit. The accused can do this by showing that he or she took meaningful steps in a sustained effort to move the proceedings forward, and that the case took markedly longer than it reasonably should have.

When the Presumptive Ceiling is Exceeded

Even if the total delay (minus defence delay) exceeds the presumptive ceiling, the Crown may choose to “rebut” this presumption in a few very limited circumstances. “Exceptional” circumstances fall generally into two categories:

When the Ceiling Has Not been Met

Even if the total delay does not exceed the presumptive ceilings, courts have still determined that delay can still be unreasonable, in certain circumstances. The accused must show that:

The Safdar case, which happens to also be the longest case in Hamilton’s history, is being appealed by the Crown. The grounds of the appeal are that Justice Goodman mischaracterized periods of delay and improperly assessed the complexity of the case. The appeal is pending, and will likely not be heard for months.