Are Zoom Trials Here to Stay?

A Superior Court judge has released her decision in the case of Alek Minassian. convicting the perpetrator of the Toronto van attack that killed ten people in 2018. A unique feature of that murder trial was that it took place completely on Zoom.

A year or so ago, nobody had ever heard of “Zoom”. Now, to “Zoom” has become as common a verb as to “Google”.

Would it surprise you to know that before COVID, having a photocopier in the courtroom was considered real progress? Before that, court orders had to be sent to a typing pool in the administrative office, where lawyers and clients would have to wait for hours to get their paperwork. That still happens in many places (hello Milton and Oshawa).

The court system, however, had no choice but to jump from the mid-twentieth century into the twenty-first, and to adapt quickly when COVID shut down the province, including all the courts, in March of last year. Even when fully operational, backlogs in scheduling trials were already creating enormous logistical challenges for all the stakeholders in the system: judges, administrative staff, prosecutors, defence lawyers, victims, and defendants. In 2017, the Supreme Court of Canada deemed the situation so dire that they set out deadlines by which cases had to be completed, failing which they would be dismissed as a Charter violation.

As the already severe backlog began to grow exponentially during the COVID lockdown, the court system set up virtual courts to manage administrative functions (routine status appearances, or “set dates”; some simple guilty pleas; and meetings with judges called “judicial pretrials”). Beginning in the fall of 2020, the courts began doing trials by video as well.

How does a court appearance on Zoom work?

The court’s administration office will email a link to the meeting to the participants in advance. Participants can connect by video, or call in by phone. Once in the virtual courtroom, all participants are asked to mute their microphone until called upon by the Court, to prevent chaos. Just as in a live courtroom, there is a procedure for determining whose turn it is: in some cases, the Crown decides; in others, there is a virtual sign-up sheet or the list goes in order of lawyers’ seniority. Jails get priority as they have to escort inmates to video rooms at the detention facility.

Will these Zoom hearings continue post-COVID? 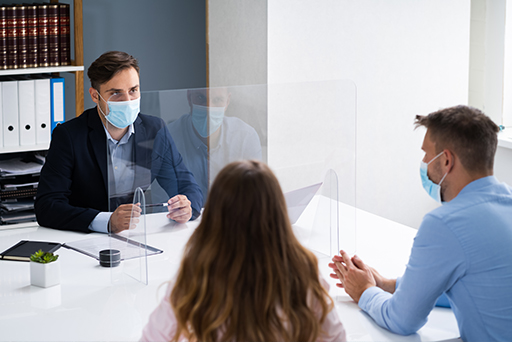 Likely yes. For the most part, this system seems to work fairly well. It certainly saves many people the time and trouble of getting physically to court, especially for routine status appearances. It is widely expected that this manner of dealing with “set dates” will continue when the COVID emergency is over. It saves the courts from crowding, makes it easier for security, and cuts down on the costs of commuting to court for defendants, many of whom have limited means. This is especially important in places like the new Toronto courthouse, which will consolidate the six provincial courts around the city into one location. It also cuts down on the issuance of bench warrants for people who fail to appear in court, since there is now an easy way for them to do so. Just about everyone has access to a phone to call in.

Can justice be done by way of a Zoom trial?

So far, the answer appears to be Yes. Any defendant who wishes to have a trial in person has been given one, although the timing of that trial is subject to public health regulations. For example, as of the writing of this blog (March 2021), jury trials remain suspended for the foreseeable future.

The technology has been tested and has stood up well to the needs of a criminal trial, especially the simpler ones. Although, as the Minassian case has shown, even the most high-profile and serious cases can also be conducted virtually.

If the parties have a good internet connection, there seems to be no trouble seeing or hearing witnesses or the judge and lawyers. In some ways, these senses are enhanced, as one is seeing and hearing the witness from a closer vantage point onscreen than from the other end of a courtroom (and some courtrooms are huge). In fact, given that each person in a courtroom during COVID is surrounded by a Plexiglas barrier and has to wear a mask, the ability to see and hear a witness is usually better by video than in person.

Of course, spotty internet connections, and lack of familiarity with Zoom (such as taking the microphone off mute before speaking) can lead to short delays as everyone tries to get on the same page. Questions may have to be repeated. Patience is essential in adapting to this new way of doing things.

How can photos and documents be shown on Zoom?

How can I meet with my lawyer if we’re on Zoom?

The clerk of the court has the ability to create “break-out rooms” whereby the lawyer and client can meet privately. No one else can see or hear what is going on in the break-out room. Arguably, compared to trying to find a quiet corner in a crammed and busy courthouse, a break-out room offers more privacy and space to talk. In addition to a break-out room, clients can stay in touch with their lawyer by text during the Zoom hearing, replacing the old-fashioned method of leaning over and whispering, or writing a note (both of which are impossible now with the Plexiglas and mask barriers anyway).

Yep. The convenience and safety of online hearings will likely mean that it will now be offered as an option for those who prefer it to the hustle and bustle of the courthouse, especially with administrative steps like set dates. Just like photocopiers in the courtroom, once people get used to it, there’s no going back.