Voyeurism in School: Significant Digits in the Jarvis Case 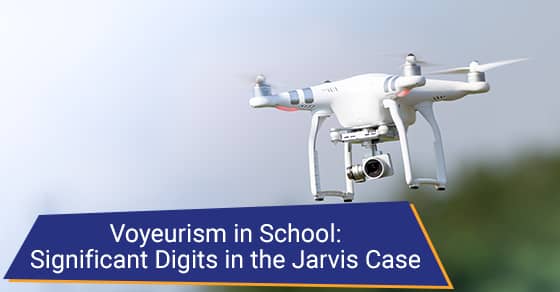 9 – The majority of the Supreme Court listed nine relevant factors that help determine whether someone has a reasonable expectation of privacy for the purposes of voyeurism. These factors include the location the person was in when he or she was recorded, the content of the recording, and the relationship between the person recorded and the person recording. The majority stated that the factors are not exhaustive and may not apply in every case of voyeurism.

Over 10,000 – The number of pen cameras listed on Amazon Canada. One pen camera, The PenRecorderPro, boasts the same recording quality of a HDTV. “Very easy to use. Very sneaky” reads one review.

5 years – The maximum sentence for voyeurism. Mr. Jarvis will be sentenced at a later date.

For more information about this case and the topics of voyeurism and privacy, see our blog “Do Students Have the Right To Privacy?” by clicking here.