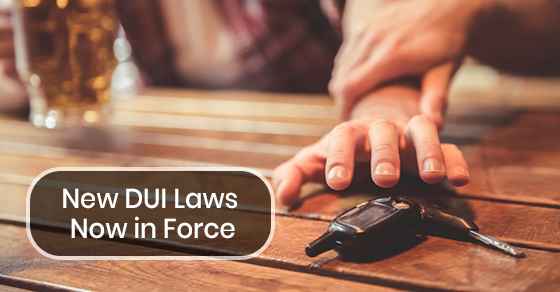 The holidays are a time for celebration, parties and New Year’s toasts. It is also a busy time for law enforcement. Drinking and driving arrests are up at this time of year, as too many people set aside their good judgment, have a few drinks, and hit the road.

This year, the police have a new set of tools to help then apprehend drunk drivers: Bill C-46 has now become law in Ontario. Following up on decades of tightening enforcement and penalties, and a year of record pedestrian and cyclist fatalities, not to mention the new cannabis legalisation, the new impaired driving law sets out new methods by which the government can advance its fight against drunk drivers and the danger they pose to society.

The penalties are the same as those of alcohol-impaired driving.

The new law also provides for a new method of drug detection: where police have a reasonable suspicion that the driver has drugs in his body, they can demand that the driver provide a saliva sample into an “oral fluid drug screener”, which is a hand-held device. If the test comes back positive, the police will be able to demand that the suspect be assessed by a trained “drug recognition” expert, or provide a blood sample.

The new law makes it easier for police to apprehend suspected drunk drivers by removing the requirement that the officer have “reasonable suspicion” that the driver has alcohol in his body. Instead, a police officer who has lawfully stopped someone (RIDE program, routine traffic stop, traffic violation, etc.) can demand that the driver provide a breath sample on the spot into a screening device. If the device registers a “Fail”, the police can arrest the driver and take her to the police station for the full alcohol breath testing.

This new “shortcut” will lead to many more drivers being stopped and randomly tested.

The new law imposes certain higher penalties for impaired driving, whether by alcohol, drugs or both.

The mandatory minimum fines have been raised for a first offence:

Minimum jail sentences remain the same (30 days for a second offence; 120 days for a third offence).

The potential jail sentences for more serious impaired driving cases, where injury or death results, have also been increased.

Interestingly enough, the government is now making it easier for the impaired driver to drive again by having the Interlock ignition device installed in his vehicle. The Interlock device prevents the car from starting if the driver has any alcohol in his body. Studies have shown that the Interlock is an effective deterrent against drunk driving. It ensures road safety yet still permits the driver to go about his daily life, which is essential for many Canadians who do not have easy access to reliable public transit.

Be aware, however, that these are federal laws. The provincial Ministry of Transportation (MTO) and the provincial laws such as the Highway Traffic Act, still apply. For example, even though the federal law might reduce the wait time for the Interlock device, the MTO might have a longer time requirement. Make sure to have your lawyer review these laws with you.

To check out the Department of Justice backgrounder on Impaired driving, click here .

The bottom line this holiday season, and as the New Year begins, is: Be smart and stay safe. Enjoy alcohol and cannabis responsibly, and keep the number of a designated driver, taxi service, Uber, or transit stop handy. Everyone (except maybe defence lawyers) will be better off for it.

Arun S. Maini is a criminal defence lawyer at The Defence Group and a former Crown prosecutor. He has a great deal of experience in defending drinking and driving cases.

0 Comment
By Arun S. Maini
Read all 116 posts >
Arun S. Maini has practised criminal law since 1994. He graduated from the University of Toronto and Dalhousie University Law School. After articling, Mr. Maini joined the federal Department of Justice as a prosecutor, and later transferred to the provincial Crown Attorney’s Office, where he prosecuted all manner of criminal offences, from theft to murder. In 2003, Mr. Maini left the government to establish The Defence Group. He has prosecuted and defended hundreds of cases, and has extensive jury trial experience.