LIBERTY AND THE PRESUMPTION OF INNOCENCE: THE RIGHT TO BAIL 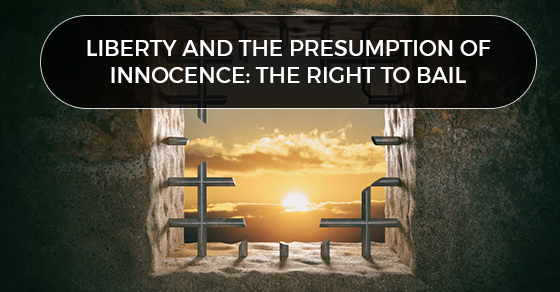 Last month, a Kitchener judge denied bail to Udo Haan, the man charged with first-degree murder in the fiery house explosion that killed his wife, Edra Haan in their Kitchener home.

On August 22, 2018, emergency crews responded to an early morning house fire.  Emergency crews quickly discovered Haan and the body of his wife in their backyard.  Haan was so seriously injured that he was transported by air to a trauma hospital in Hamilton.

The explosion destroyed the Haan’s house in its entirety, and irretrievably damaged two neighbouring houses.

A publication ban is in effect, which prevents the public from knowing the judge’s reasons for denying Haan’s bail.

Despite the publication ban, the constitutional underpinnings of judicial interim release, more commonly referred to as “bail” are well-known.

Section 11(e) of the Canadian Charter of Rights and Freedoms (“Charter”) provides that:

“Any person charged with an offence has the right not to be denied reasonable bail without just cause”.

Section 11(e) encompasses two important rights.  First, it enshrines the right to “reasonable bail,” and secondly, the right to not be denied bail without “just cause.”

“Just cause” means that generally an accused person can only be denied bail if the Crown can prove on a balance of probabilities that one or more “grounds for detention” are met.  However, a “reverse onus” occurs for certain offences, such as the offence of terrorism or murder. This means that in these limited circumstances, the accused’s will have to show why he or she should be released before trial. In other words, it is harder to get bail in those cases.

The three grounds for detention are:

There is a legal presumption that a defendant will be released on the most lenient condition: an undertaking (promise to attend court) with no conditions.If the Crown seeks conditions or a stricter form of bail such as a “recognizance” with sureties, the Crown must prove or justify why it is not acceptable for the accused to be released without conditions.  This is called the “ladder principle.” The Crown must “show cause” or prove why the least onerous (or less serious) form of release is not acceptable. The ladder principle recognizes the fundamental right to liberty and to the presumption of innocence. Individuals accused of crimes are presumed to be innocent. An undertaking with no conditions is the default position.  The Crown must show cause for each “step of the ladder” they wish the defendant to climb. Each “step of the ladder” must be considered and rejected by the court before climbing to the next step.

An accused person who is denied bail can choose to seek a review of the decision.  This is called a “bail review.” A bail review is not a “second kick at the can.” Whether a bail review succeeds will depend on the accused’s particular case and circumstances.  Where an accused person seeks a review of the decision, he or she will be tasked with proving that since the bail hearing one of the following has occurred:

If the judge determines that the accused has proved that a material change exists or an error in law was made, the judge will reconsider the issue of bail.  This does not necessarily mean that original decision of the denial of bail will be reversed. In other words, the judge will now hear the case as if the hearing was occurring for the first time in the original bail court.  The judge may confirm the prior order, or release the accused on conditions.

In the case of Udo Haan, the judge’s decision means that unless circumstances change, he will mean that he will remain behind bars until his hearing, which has yet to be determined.

0 Comment
By Arun S. Maini
Read all 118 posts >
Arun S. Maini has practised criminal law since 1994. He graduated from the University of Toronto and Dalhousie University Law School. After articling, Mr. Maini joined the federal Department of Justice as a prosecutor, and later transferred to the provincial Crown Attorney’s Office, where he prosecuted all manner of criminal offences, from theft to murder. In 2003, Mr. Maini left the government to establish The Defence Group. He has prosecuted and defended hundreds of cases, and has extensive jury trial experience.