The Controlled Drugs and Substances Act 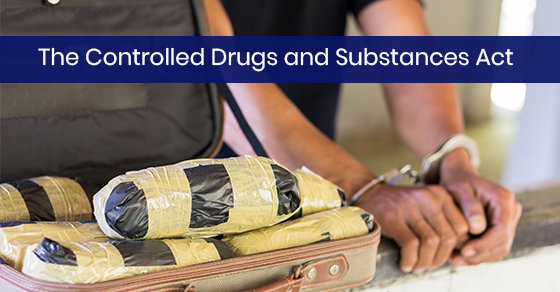 Many of the cases before the criminal courts at any given time are charges under the Controlled Drugs and Substances Act (“CDSA”). The CDSA creates four types of offences involving drugs: possession, trafficking, importing and production. Penalties for offences of the CDSA are determined by reference to one of the four schedules that categorize various drugs. The more dangerous or serious the drug is, such as heroin or cocaine (a Schedule I drug), the more likely it is to attract a more serious punishment.

It’s an offence under subsection 4(1) of the CDSA to possess any Schedule I, II or III drug or substance. The Crown must prove two elements beyond a reasonable doubt to make out a case for possession. First, that the drug or substance is one that is prohibited by the CDSA, and second, that the accused was in possession, through actual (physical) or vicarious (such as constructive or joint possession) means. Possession has two components: knowledge that the substance is there; and control over the substance.

The CDSA also makes trafficking prohibited drugs or substances a crime. The definition of “trafficking” is broad. In this sense, to traffic means to:

(1)   To sell, administer, give, transfer, transport, send, or deliver the substance;
(2)   To sell an authorization to obtain the substance; or
(3)   To offer to do anything mentioned above, or to otherwise than under the authority of the regulations.

One cannot traffic a substance without possessing it. This means that trafficking can be best understood as meeting the elements of possession with the added intention to traffic, or to make the prohibited substance obtainable to another person.

One can be charged and convicted of trafficking “any substance represented or held out by that person to such a substance.” “Holding out” means that the accused doesn’t need to actually be in possession of the drug; he could lie to an undercover police officer, for example, and offer to sell a drug he doesn’t actually have. Similarly, the Crown can make out a case for trafficking by holding out, even where the prosecution is unable to prove the nature of the substance. “Offering” has also been held to be interpreted as trafficking. Even if the offer is marked by fraud, if an accused person makes an offer with the true intention that it would be understood as an offer to traffic, the case for trafficking can be made. But a fraudulent offer might not attract as severe a sentence as a real offer to sell a drug in the trafficker’s actual possession.

Proving the intent to traffic is often a case of circumstantial evidence. Inferences are often drawn from a myriad of factors, such as the quantity and value of the drugs, scales or devices used to measure and weigh substances, and the packaging of drugs (such as the division and organization of drugs into smaller packets for resale and non-personal consumption).

Importing or exporting drugs is prohibited under subsection 6(1) of the CDSA, and is considered by the criminal courts to be extremely serious, with the Court of Appeal in Ontario setting well-defined sentencing ranges. “Importing” can be understood by its ordinary meaning of “to bring into the country or to cause to be brought into the country.” The accused must have knowledge that he or she was importing or exporting drugs into the country, despite drugs in these types of cases often being hidden from plain sight, such as being skilfully secreted behind a false-bottomed suitcase.

Drug mules are usually just couriers and have limited involvement in the larger importing or exporting scheme, or are even duped, mistakenly believing that the drugs they are transporting are of a less serious substance. However, despite this, or otherwise having sympathetic grounds such as poverty or drug addiction, “drug mules” have historically and continue to be sentenced very harshly.

Except in accordance with regulations, subsection 7(1) of the CDSA prohibits the production of prohibited substances. To “produce” means to manufacture, synthesize, to alter the physical or chemical properties of a substance, to cultivate and to harvest. Production also applies to altering prohibited drugs in their original state, such as making crack from powdered cocaine.

Proving the Nature of the Substance

Rehabilitation and treatment are important sentencing considerations for those convicted of an offence under the CDSA. Courts will often postpone sentencing to monitor the progress of drug treatment programs, and will impose a lower sentence following the successful completion of a program.

Currently, mandatory minimums are in place for the vast majority of production, importing/ exporting, trafficking and possession for the purpose of trafficking offences under the CDSA. The amount of the substances and aggravating factors will ultimately determine where on the spectrum of the mandatory minimum sentence the punishment will fall.

(1)   The use of a weapon or violence (whether actual or threat of);
(2)   Any type of trafficking in a school area, or any other place known to be frequented by those under the age of 18 (such as a playground or park);
(3)   A prior conviction under the CDSA;
(4)   Criminal organization associations;
(5)   Using young people under the age of 18 to commit offences;
(6)   Using property of a third-party; and
(7)   Abusing a position of authority or trust, or accessing a place of restriction.

Sentencing for young people under the age of 18 at the time of an offence is pursuant to the Youth Criminal Justice Act.