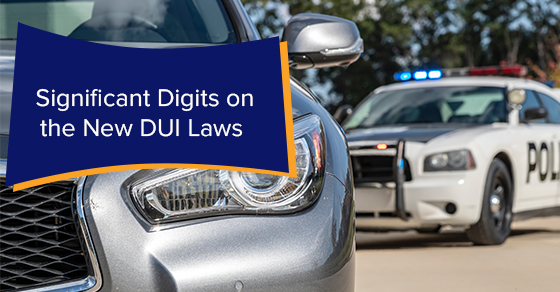 The biggest overhaul of impaired driving laws recently came into effect across Canada.

While the number of deaths caused by impaired driving has fallen since the 1980s, the numbers nevertheless remains high. In 2009, 32.9% of fatally injured drivers were above the legal limit of impairment, and impaired driving is among the leading criminal causes of death. To combat these statistics, the government introduced a number of laws aimed at deterring impaired driving and improving the safety of our roads.

Here are some key figures about the new law:

Among the more controversial aspects of the new impaired driving law is the introduction of random breath testing (RBT) under section 320.27(2) of the Criminal Code.  Under the previous law, police officers needed a reasonable suspicion that the driver has been drinking to demand a breath sample from the driver. Now, the police can demand a breath sample from any driver, without a reasonable suspicion.

Random Breath Testing (RBT) may infringe 3 Charter rights: section 8 – right against unreasonable search and seizure; section 9 – the right against arbitrary detention; and section 10(b) – the right to counsel. Why? Because the police can now arbitrarily ask a driver to provide a breath sample, no grounds required, not even suspicion. The detention of the driver during this testing engages s. 9; the lack of access to legal advice engages s. 10; and the taking of the breath sample is a seizure under s. 8.

RBT has been fraught with constitutional problems since it was proposed by the government. The Senate, acting on a report from the Standing Senate Committee on Legal and Constitutional Affairs, voted to remove RBT from the new impaired driving laws, largely due to concerns that it will violate Canadian’s Charter rights. However, the government rejected the Senate’s suggestion and RBT was included in the final version of the Bill.

The final voice on this issue will be the Supreme Court.

.08milligrams of alcohol in 100 millilitres of blood

The new legal limit – up a tad from the previous law where the legal limit was“over” .08.Refusing to provide a breath sample carries a minimum fine of $2,000. And if it’s the second time someone has refused to blow, they will face a minimum term of 30 days in prison.

Any driver with a THC level of 2-5 nanograms per millilitre of blood will be fined no more than $1000. More serious fines are issued when the driver has more than 5 nanograms of THC or if the driver is impaired due to both THC and alcohol. Police will test for the presence of drugs in the driver by analyzing a sample of the driver’s saliva.

One big difference between being impaired by alcohol and being impaired by a drug: with alcohol you might qualify to drive again with an Interlock device installed in your car; but with drugs you have to serve a full driving prohibition.

For advice about the new DUI laws, or if you are facing criminal charges related to impaired driving, dangerous driving or leaving the scene of an accident, call The Defence Group for a free consultation at 877-295-2830.